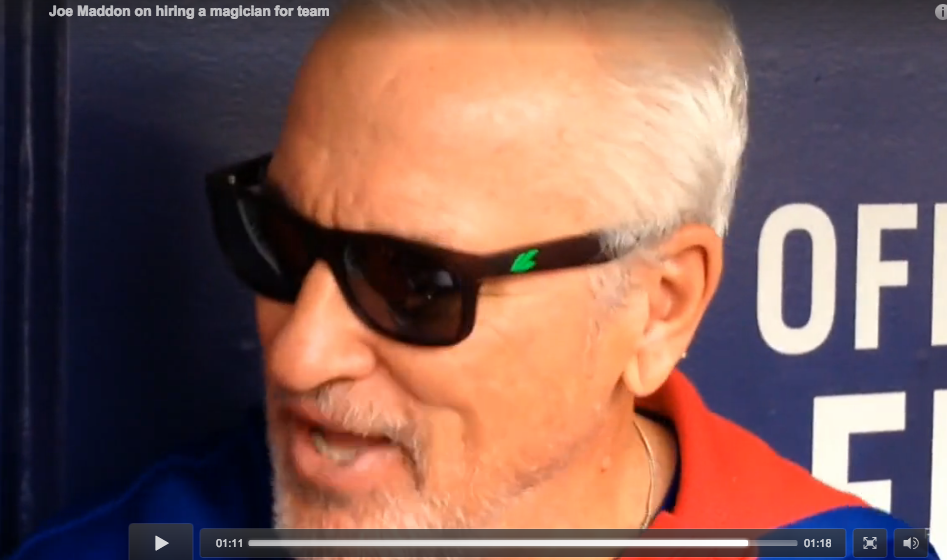 Unwilling to bring back Jon Lester on short rest for Wednesday’s Game 4 NLCS start against the Mets, Cubs manager Joe Maddon did the next-best thing:

He called on Simon.

Simon Winthrop, the magician who levitated the Cubs out of a five-game losing streak when he performed before a game in New York in June, gave an encore performance in the Cubs’ clubhouse before Wednesday’s must-win game against the Mets.

The second show was even more impressive and mind-blowing than the first, said one member of the audience.

The effect, however, was not as impressive.

After the June 30 performance at Citi Field, the Cubs swept the Mets in a three-game series and closed the regular-season with the best record in the majors the rest of the way.

This time? Already leading the best-of-seven series 3-0, The Mets opened Game 4 by batting around against Jason Hammel for a 4-0, first-inning lead.

In fairness to Simon, Hammel saw very little of the show because of his pregame schedule. When he walked the second batter of the second inning, he was replaced by Travis Wood.